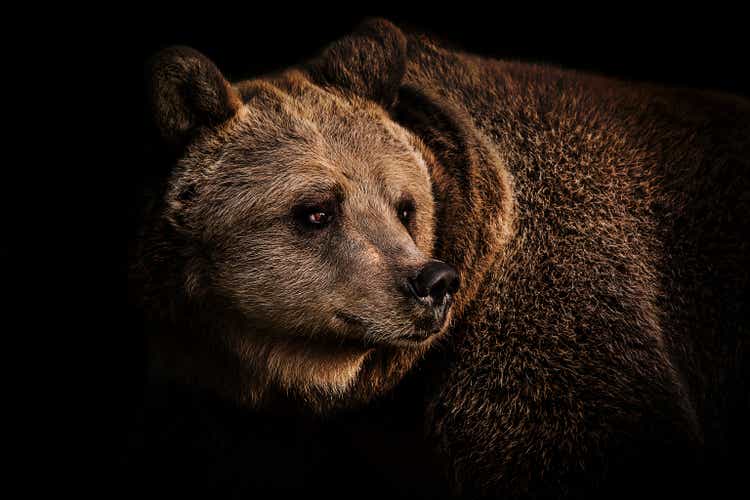 It’s been almost four months since I last covered the lithium-ion battery recycling business American Battery Technology Company (OTCQB:ABML) and I think now is a good time to take another look at the business. given that its market valuation has doubled since the end of February.

Construction of ABML’s $35 million pilot plant appears to be going well and retail investor interest continues to be strong. However, I can’t find a catalyst that can justify the company’s much higher market valuation and I think it creates a good short selling opportunity. Let’s review.

Overview of the latest developments

In case you haven’t read my previous articles on ABML, the company is building a pilot plant for lithium-ion battery metal recycling in Fernley, Nevada. The facility is very large for a pilot plant as it is designed to handle 20,000 metric tons of scrap materials and end-of-life batteries per year. The first red flag I see here is that the projected margins seem too good to be true – the plant is supposed to be able to generate around $160 million in annual revenue, with an 80% EBITDA margin. For comparison, Li-Cycle (NASDAQ: LICY) forecast a 2024 EBITDA margin of less than 50% when it listed.

Looking at the latest factory photos, space frames have been placed with corrugated iron roofing over the production facility.

In my opinion, progress seems slow and I doubt that the facility will become operational in 2022 as planned by the ABML. You see, we are over three months into 2022 and the complex still needs an office building with labs and a finished goods warehouse that will have a total of 100,000 square feet of floor space.

When it comes to fourth quarter 2021 financial results, ABML’s balance sheet still looks strong, as the company had $42.5 million in cash as of December. It should have more than enough resources to complete construction of its Fernley facility and I believe the risk of equity dilution is low at this time.

As you can see in the table below, the book value of the buildings increased by $4.87 million between June and December, reflecting the progress of construction. ABML also had equipment deposits of $1.13 million in December.

Looking at the income statement, general and administrative (G&A) expenses were $3.92 million in the fourth quarter of 2021, which I consider to be very high for a company building a $35 million production facility. . Well, at least ABML uses stock instead of cash to pay its expenses. Non-cash charges related to shares issued for professional services were $1.8 million in Q4 2021.

Looking at the stock price performance, you can see that ABML’s market valuation has been rising rapidly since mid-March and volume has been high. More than 9 million ABML shares changed hands on April 4 alone.

I think part of the share price increase can be attributed to the strong interest from retail investors, as ABML continues to be popular on social media platforms like StockTwits and Twitter. On YouTube, several videos about ABML have been posted over the past month by channels focused on stock trading, including Trading Secrets, Buy Hold Sell with Damian, Mr. Frugal Investor, B.INV3STED, IPO Market Watch, Stock Talk w/ Erik Anthony, Equity4keeps Program and FinTalk. Four of the videos each have over 1,000 views at the time of writing. Note that the company was not promoting its company or stock, but this is done by several stock traders.

In my opinion, the volume of transactions seems too large for the increase in the share price to be explained by the interest of retail investors. And I don’t see any recent developments that would justify a doubling of the market valuation in less than two months. Whatever the reason for ABML’s market capitalization of over $900 million, I believe this rise in share price creates a good short selling opportunity, as ABML’s main issues have not not changed since my last post. The lithium battery recycling space is simply too small at this time for two major players in North America and AMBL still has not entered into a single removal agreement with a major player. Li-Cycle, in turn, already has over 40 commercial contracts and offtake agreements through 2030. In light of this, I don’t think ABML will be able to achieve its ambitious growth plans.

I also continue to doubt that the EBITDA margins of the Fernley plant are close to 80%.

So how can you go short? Well, ABML still hasn’t listed on NASDAQ despite being talked about for over a year now, so there are no put options available at this time. According to data from Fintel, the short-term borrowing fee rate stands at just 3.45% at the time of writing. Since there is no possibility of covering the short sale with call options, I think the best thing to do might be to open a small position.

As for downside risks, I think the main one is that ABML’s market valuation could continue to soar despite the lack of clear catalysts. Also, it is possible that the pace of construction at Fernley will accelerate or that I am wrong in saying that EBITDA margins will be well below 80% once the facility is operational.

ABML is still building its lithium-ion battery recycler and hasn’t entered into any major removal deals in recent months. However, its market valuation has doubled in less than two months, and I can’t find any reason for this increase. Sure, retail investor interest is strong, but trading volumes seem too high for that to be the reason.

In my opinion, ABML still has no chance to compete with Li-Cycle and this sudden increase in its market valuation opens up a good short selling opportunity. Since there are no options available yet, consider opening only a small position.

For risk averse investors, I think it would be best to avoid ABML.