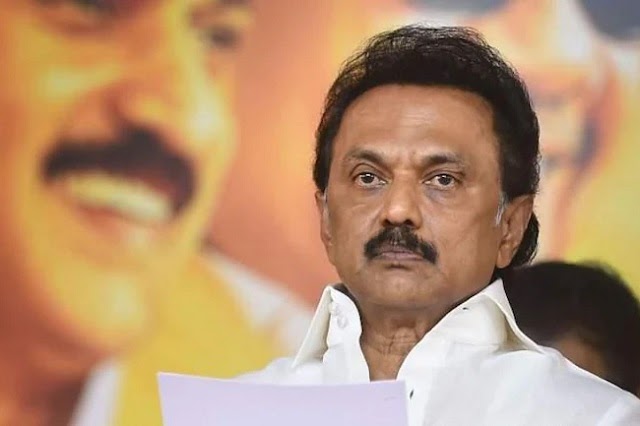 When Stalin began his governance, he appointed a committee of economic experts, including a Nobel laureate, to advise him on reviving the state economy. It appears that the committee has not met once in the past year.

When DMK won the elections and seized power in Tamil Nadu a year ago, many people looked forward to a state of better governance after seeing the performance of the AIADMK government for several years. After making many impressive promises during the election campaign, people naturally expected those promises to be delivered competently.

When trying to assess the performance of a year-long governance under Stalin’s leadership, it is normal that people tend to compare it to Edappadi’s earlier governance.

The DMK government accused former AIADMK ministers of engaging in corruption, raided their homes and arrested a minister and statements were issued of several hundred crores of rupees in cash, gold, etc. which were seized during the raid. Many people believe that such allegations might be true and that some former ministers might have been corrupt.

Nevertheless, people tend to conclude that Edappadi’s overall governance was much better than Stalin’s.

Ordinary men are of the opinion that politicians and ministers belonging to the DMK government are no less corrupt than the AIADMK ministers and that there is nothing to choose between Stalinist governance and Edappadi governance as far as the corruption and nepotism. Several allegations made about bribery of DMK ministers by BJP state chairman Annamalai are believed to be true by people.

The financial conditions of the government of Tamil Nadu are extremely poor with a cumulative debt exceeding Rs. 7 billion. Stalin’s government did nothing significant to reduce the debt burden through better financial management. Instead, he takes another Rs. 90,000 crore loan with no time-limited plan for debt repayment. Several state public sector enterprises like TANGEDCO, transport companies and others are in the dark red and no meaningful strategy has been developed to reorganize them.

Besides the above, the Stalinist government’s excessive focus on Hindu temples and the decision to take gold from Hindu temples and use it to increase government finances shocked the Hindu community. People did not fail to notice that Stalin did not greet Hindus on Hindu festivals but greeted Christians and Muslims on their festivals, which made even die-hard admirers of Stalin suspect that he had a state of anti-Hindu spirit. Several Hindu temples have been demolished and centuries-old Hindu religious practices are being blocked or criticized, the latest being the banning of the upcoming Dharmapuram Addheenam procession.

The interference in the field of education in various ways and the decision to appoint the Chief Minister as Chancellor of Universities are of great concern.

The Stalinist government’s excessive focus on the NEET exam creates huge doubts about the priorities and thought process of Stalin and his ministers. Many people believe that this is really not a problem and that the government is wasting its time on such an issue.

The conflict with the governor of the state by the DMK government, which now seems to be motivated, significantly taints the political discourse in the state.

When Stalin began his governance, he appointed a committee of economic experts, including a Nobel laureate, to advise him on reviving the state economy. It appears that the committee has not met once in the past year.

So many other committees have been set up on various subjects and we are losing count.

The Tamil Nadu government’s anti-Hindi moves will in no way help the state and are counterproductive and astute observers realize this.

Stalin promised many things before the election, one of which was to impose the ban. On the other hand, alcohol consumption in the state has increased dramatically over the past year, causing great damage to the social fabric and family life in the state. While the sale of alcohol brings much needed revenue to the government, it seems that the DMK government is not particularly concerned that women are suffering, murders and violence in the state have increased and even students are behaving evil and social scientists say such disturbing conditions are growing, as the consumption of alcohol increases by leaps and bounds in the state.