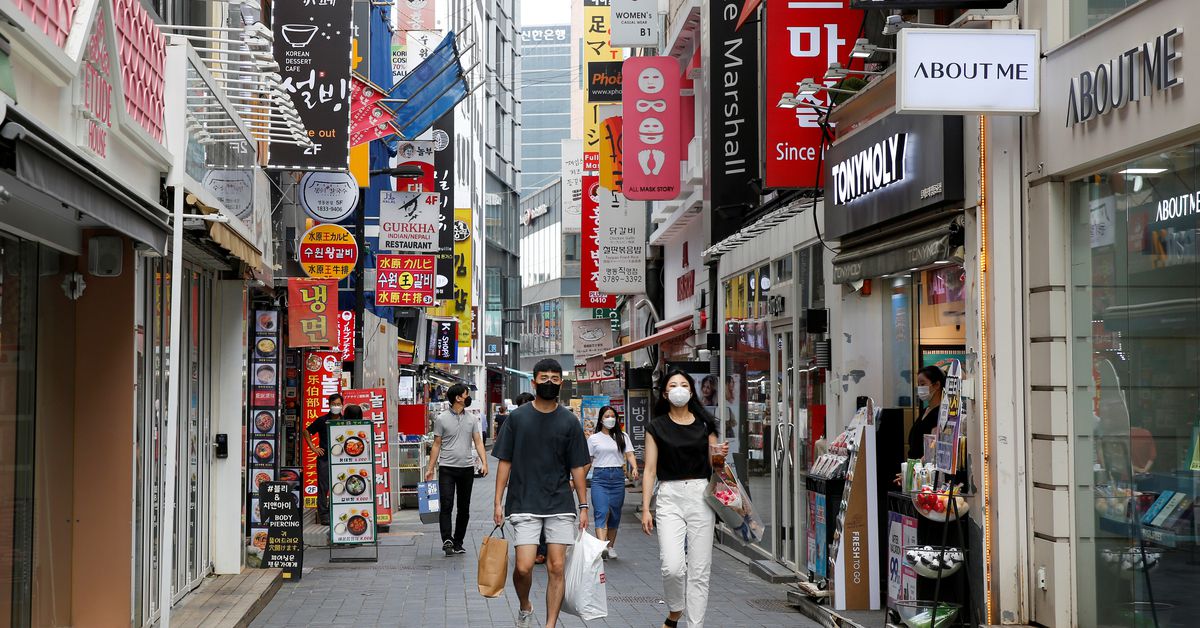 The consumer price index (CPI) for February rose 3.7% from a year earlier, government data showed on Friday, beating a 3.5% gain shown in a Reuters survey and a notch below the decade high of 3.8% marked in November. It increased by 3.6% in January. Read more

Breaking down the data showed that the cost of oil jumped 19.4%, while that of accommodation rentals and outdoor dining rose 2.1% and 6.2%, respectively, from a year to year.

“The future development of the Ukrainian crisis and its impact on oil prices will play a major role in inflation,” he said.

Core inflation, which excludes volatile food and energy costs, jumped 2.9% from a year earlier, the fastest since June 2009, a sign that soaring fuel prices and other raw materials has resulted in higher costs of goods and services.

This puts the Bank of Korea’s (BOK) monetary policy board under pressure to raise the base rate further in the coming months, following back-to-back rate hikes in November and January. The BOK kept the base rate at 1.25% at its February meeting. Read more

At the end of February, the BOK also sharply raised its inflation forecast for this year to 3.1% from 2.0%. He predicts inflation of 2.0% next year.

Separately, on Friday, Finance Minister Hong Nam-ki said the country would extend the 20% tax cut on petroleum products for three months to minimize the impact of soaring energy prices, accentuated by the Russian-Ukrainian crisis. Read more

“The Korean government cut the fuel tax last year to ease price pressure, but its impact was offset by a faster rise in oil prices. In our view, the CPI would have been much higher in the absence of price controls,” Park Chong-hoon said. , an economist at Standard Chartered Bank Korea, said.