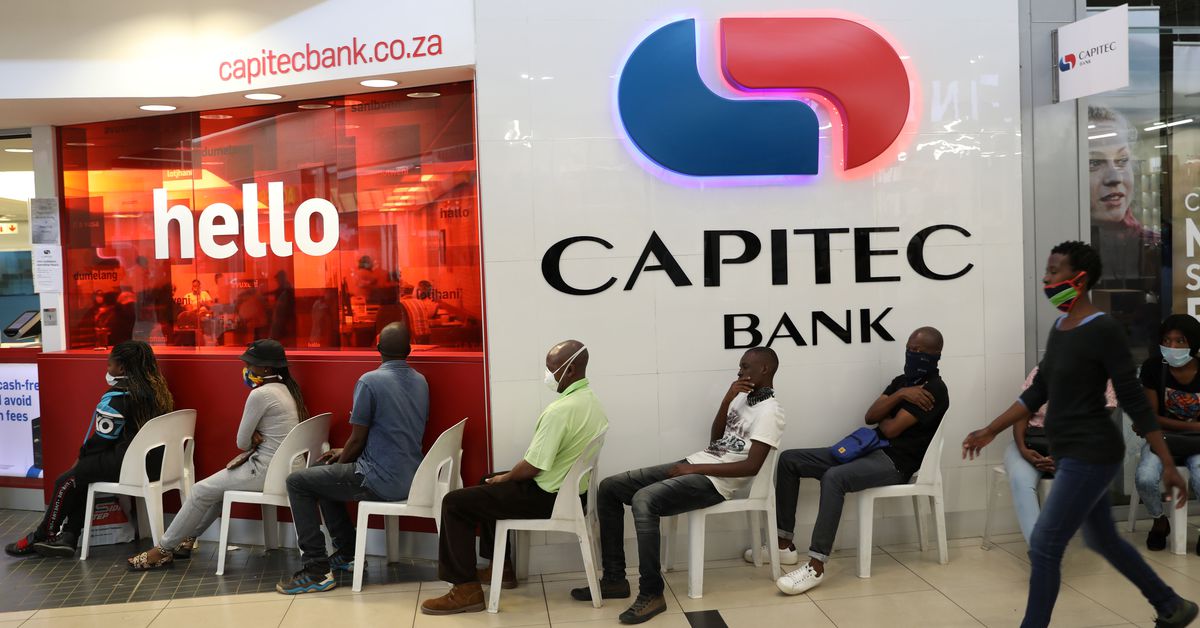 Customers sit on plastic chairs outside Capitec Bank in a shopping mall as South Africa begins to ease aspects of a strict nationwide coronavirus disease (COVID-19) lockdown in Soweto, South Africa on May 5, 2020. REUTERS/Siphiwe Sibeko

JOHANNESBURG, Jan 19 (Reuters) – South Africa’s Capitec (CPIJ.J) said on Wednesday it would offer shares worth up to 1 billion rand ($64.55 million) to employees at a reduced rate as part of a Black Economic Empowerment (BEE) transaction that lowered his earnings per share.

BEE is a government initiative aimed at reversing economic inequalities that persist nearly three decades after the end of apartheid, and encourages companies to meet quotas in areas such as black ownership, employment and procurement.

Ownership targets require Capitec Group’s subsidiary, Capitec Bank, to have at least 25% black ownership. Its current level is 19.39%, Capitec said, and the BEE transaction should address this.

The calculations were based on an issue price of R1,074.50 per share, although the actual price was a 50% discount to the opening price per Capitec share on the date of a shareholders’ meeting for vote on the transaction.

Capitec will offer eligible employees loans to pay the remaining cost per share, with Capitec retaining 50% of the dividends paid to these shareholders to cover interest. Program participants will have five years to repay the loan.