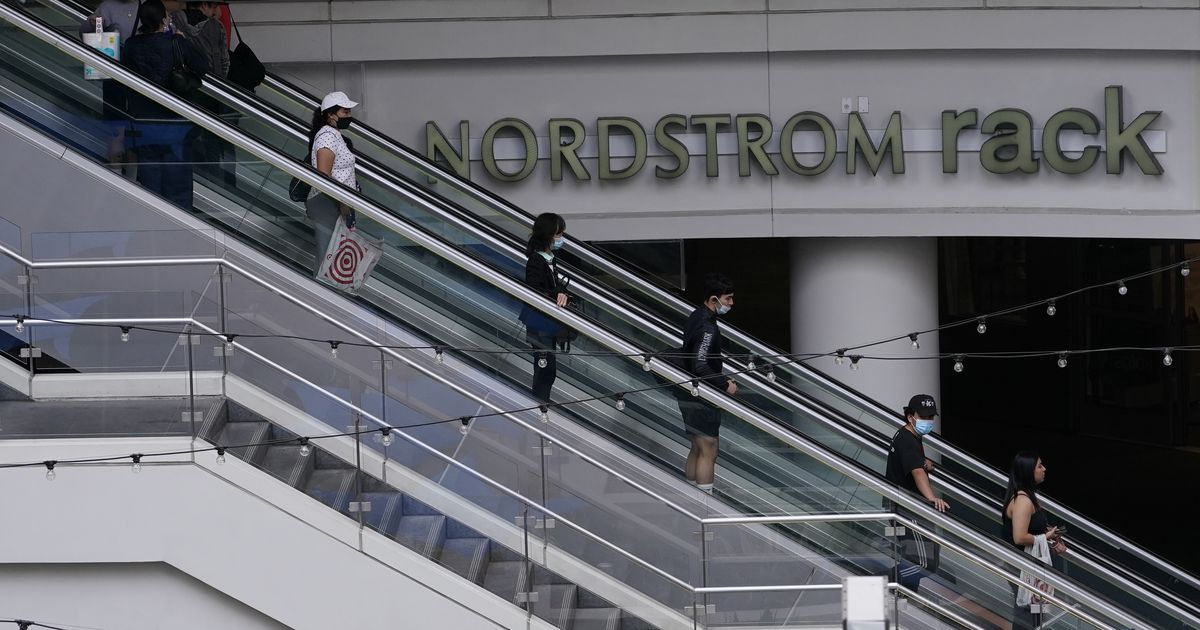 EXPLANATION: Recession fears are growing. But what is the risk?

Washington • Inflation is at its highest for 40 years. Stock prices are collapsing. The Federal Reserve makes borrowing much more expensive. And the economy actually contracted in the first three months of this year.

Is the United States at risk of another recession, just two years after emerging from the previous one?

For now, even the most pessimistic economists do not expect a slowdown any time soon. Despite the compression of inflation, consumers, the main driver of the economy, continue to spend at a good pace. Companies are investing in hardware and software, reflecting a positive outlook. And the labor market is more robust than it has been in years, with strong hiring, declining layoffs and many employers desperate for more workers.

Still, several worrisome developments in recent weeks suggest that the risk of a recession could increase. High inflation has proven to be much more tenacious than many economists had expected. Russia’s invasion of Ukraine has exacerbated world food and energy prices. Extreme lockdowns in China due to COVID-19 are worsening supply shortages.

And when Federal Reserve Chairman Jerome Powell spoke at a news conference last week, he reinforced the central bank’s resolve to do whatever it takes to rein in inflation, including raising interest rates to such a level that it would weaken the economy. If that happens, the Fed could potentially trigger a recession, possibly in the second half of next year, economists say.

By mid-2023, the Fed’s short-term benchmark rate, which affects many consumer and business loans, could reach levels not seen in 15 years. Analysts say the U.S. economy, which has thrived for years on ultra-low borrowing costs, may not be able to withstand the impact of much higher rates.

“Risks of recession are low now but high in 2023 as inflation could force the Fed to hike until it hurts,” Ethan Harris, global economist at Bank of America, said in a note to clients.

The country’s unemployment rate is at a nearly half-century low of 3.6%, and employers are posting a record number of job vacancies. So what could cause an economy with such a healthy labor market to suffer a recession?

Here’s what the path to a possible slowdown could look like:

— The Fed’s rate hikes will certainly slow spending in sectors that force consumers to borrow, housing being the most visible example. The average rate on a 30-year fixed mortgage has already jumped to 5.25%, the highest level since 2009. A year ago, the average was below 3%. Home sales fell accordingly, as did mortgage applications, a sign that sales will continue to slow. A similar trend could occur in other markets, for cars, household appliances and furniture, for example.

— Corporate borrowing costs are rising, as evidenced by higher yields on corporate bonds. At some point, these higher rates could weaken business investment. If companies forgo buying new equipment or expanding capacity, they will also start to slow down hiring.

— Falling stock prices may discourage affluent households, who collectively own the bulk of US stock market wealth, from spending as much on vacation trips, home renovations or new appliances. Broad stock indices have fallen for five consecutive weeks. Falling stock prices also tend to reduce the ability of companies to grow.

— The growing caution of businesses and consumers about free spending could further slow down hiring and even lead to layoffs. If the economy were to lose jobs and the public grew increasingly fearful, consumers would cut spending further.

— The consequences of high inflation would worsen this scenario. Wage growth, adjusted for inflation, would slow and leave Americans with even less purchasing power. Although a weaker economy would eventually reduce inflation, until then, high prices could hamper consumer spending.

— Eventually, the downturn would feed on itself, with layoffs increasing as economic growth slowed, leading consumers to increasingly cut back on spending, fearing they too could lose their jobs.

Many economists also watch changes in interest payments, or yields, on different bonds for a signal of recession known as an “inverted yield curve.” This happens when the yield on the 10-year Treasury falls below the yield on a short-term Treasury, such as the 3-month Treasury bill. This is unusual, as longer-term bonds generally offer investors a higher return in exchange for locking up their money for a longer period.

Inverted yield curves usually mean that investors expect a recession to occur and will force the Fed to cut rates. Inverted curves often predate recessions. Yet, it can take up to 18 or 24 months for the downturn to occur after the yield curve inverts.

A very brief reversal occurred last month when the 2-year Treasury yield fell below the 10-year yield. Yet most economists have downplayed it because it was short-lived. Many analysts also claim that the 3-month and 10-year yield comparison has a better track record. These rates are not about to reverse now.

At his press conference last week, Powell said the Fed’s goal was to raise rates to cool borrowing and spending so that companies reduce their huge number of job openings. In turn, Powell hopes, companies won’t have to raise wages as much, easing inflationary pressures, but without major job losses or an outright recession.

“We have a good chance of having a soft or soft landing,” Powell said. “But I will say that I expect it to be very difficult. It’s not going to be easy.

Although economists say it’s possible the Fed will succeed, most also say they are skeptical of the central bank’s ability to rein in such high inflation without ultimately derailing the economy.

“It has never been done before,” said Peter Hooper, global head of economic research at Deutsche Bank. “It would be remarkable if the Fed were able to pull this off.”

Deutsche Bank economists believe the Fed will need to raise its key rate to at least 3.6% by mid-2023, enough to cause a recession by the end of this year. Still, Hooper suggested the recession would prove relatively mild, with unemployment only hitting around 5%.

Karen Dynan, a Harvard economics professor and former top Treasury Department economist, also said she thinks a recession, if there is one, is likely to be mild. American families are in much better financial shape than they were before the protracted Great Recession of 2008-2009, when falling house prices and the loss of jobs ruined the finances of many households.

“A lot more people have a financial cushion,” Dynan said. “Even if it takes a recession to bring inflation down, it probably doesn’t need to be deep or long.”