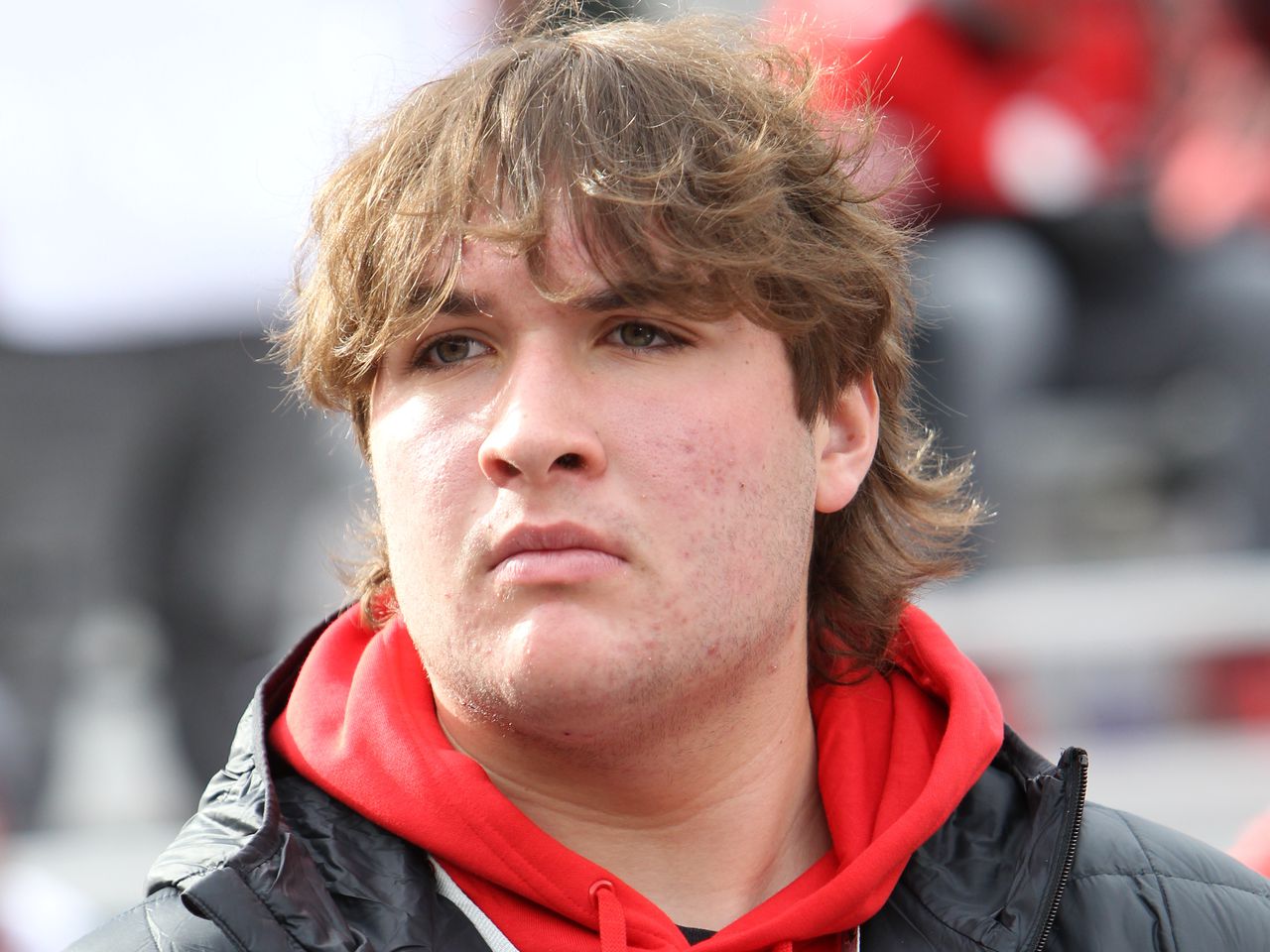 The 6-foot-7, 320-pound Roebuck is set to visit Ohio State on Saturday for a more revealing glimpse of the championship team he rooted for as a young boy. It is now Roebuck who qualifies as a champion, capping his second season by helping the Eagles clinch their fifth state title in 11 years.

Roebuck is the No. 4 ranked offensive lineman of 2024 in the nation and the No. 69 overall prospect, according to Rivals’ latest rankings. He has 15 offers, including Michigan, Penn State and Cincinnati.

Is a dream school offer in the cards?

“It would be one of the best times of my life,” Roebuck told cleveland.com. “To be a lifelong Buckeye fan and then get the chance to go and play there would be absolutely amazing.”

He previously traveled to Ohio State on Nov. 20 for a trip against Michigan State. Ohio State returned the favor by visiting him — and several other prospects — in St. Edward in January.

One of the most intriguing aspects of his visit is the chance to delve deeper into the Ohio State facilities and sports center and witness his first spring training.

“I really hope to see the facilities,” Roebuck said. “I know in a few rankings they have like the top five facilities in the college, so it would be exciting to see it and compare it to other schools I’ve been to…and see how they perform. This will be my first spring practice, which will put college in a different light.

Even though Ohio State changed offensive line coaches from Greg Studrawa to Justin Frye this offseason, the relationship has been growing for months.

“With Coach Frye, I call him about once or twice a week and let him know how practices are going and things like that,” Roebuck said. “He seems really nice just (the conversations) on the phone I’ve had with him, so I’m really excited.”

The two speak at least twice a week, but Roebuck says that has increased further lately with a visit looming. Among his ties to Frye, the prospect hopes to spend more time with Day. He was a little intimidated by him at first.

“He’s just one of those great coaches, they look like mystical figures,” Roebuck said. “You don’t really see him in person much and then seeing him in person was just, wow, that was just crazy.”

The junior expects to play one of the next-level tackle positions, though he says he hasn’t discussed his potential role with Ohio State.

Roebuck started the season as a sophomore on an offensive line full of seniors. Some growing pains and realizing his potential helped pave the way for a solid season, creating open holes for several playmakers like Christian Ramos and Danny Enovitch to go wild with.

“I feel like when I watch the movie of my first start at the state championship game, I’m definitely more comfortable on the court,” Roebuck said. “I felt like I didn’t belong in a way, but in the end I felt like this was my place, this was our line, and this is how we go. Play the game.”

St. Edward will be well represented on the trip as Michael Kilbane leads 2023, as well as 2024 offensive tackles Deontae and Devontae Armstrong heading to Columbus. For the Eagles quartet, it’s a chance to live out an Ohio State fan’s dream.

“Almost all of us (are raised in the state of Ohio),” Roebuck said. “Growing up in Ohio is pretty much all of our dream school situations.”

Roebuck’s father will also accompany him on the trip.

Ohio State is known as one of the toughest deals to win, and this challenge is one Roebuck is willing to accept.

Glenville’s Bryce West holds the only offer outside of Ohio in 2024.

Roebuck got another glimpse of Columbus when he recently attended Under Armor Next Camp in Obetz, Ohio. He relished the opportunity to take on some of the country’s emerging talent in front of him.

“It was definitely an amazing experience for me,” Roebuck said. “It was pretty much my first big camp. The guy I faced one-on-one Jalen Thompson was Michigan’s No. 2 rookie. Being able to be there and put my skills in competition with theirs was something that will help me.

Roebuck recently visited Michigan and was very impressed. The St. Edward tackle doesn’t have any more visits scheduled, but says he’d like to check out Penn State and Rutgers.

Get the latest Ohio State Buckeyes merchandise: Here is where you can order Ohio State Football Gear Online Including Jerseys, T-Shirts, Hoodies, Hats and much more.

What’s up with Jack Sawyer, Tyliek Williams and Mike Hall?

CJ Stroud looked into the future on Ohio State’s pro football day, as did the NFL

Does Ohio State football’s offensive production depend on finding tight ends this spring?